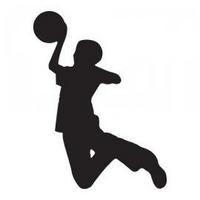 You ever see a little kid at the park who is just totally awesome? You know, the six year old who can dribble with both hands and hit threes better that you can? How does that make you feel?
I've seen a bunch of these prodigies over the years, but I have one interesting personal experience. About five years ago, I spent four months in Prague. This was pre-Jiri Welsch, so basically, no one played ball there. I was always going to this crappy park near my apartment to shoot and do dribbling drills. The rims were literally eleven feet high, and the only people that played basketball were a bunch of little kids from the neighborhood. I made friends with them, and would conduct basketball lessons in exchange for conversations in Czech. (I spoke Czech on a pre-school level, but was trying to improve.)

There was this one kid who totally stood out. Denisa was an eight year old girl -- small and quiet, but she had some of the best raw hoops talent I've seen. I would show her dribbling drills, and she would pick them up IMMEDIATELY. Not easy stuff either, but difficult drills with both hands. And she would hit with consistency on the eleven foot rim. Almost every time I went to the park she was there practicing, with her grandparents watching her from a nearby bench.

There was a critical moment that really showed me that Denisa was a baller. I was running a goofy 5-on-5 with nine kids, including her. Another kid accidentally hit her hard in the face and she went sprawling. It was a serious shot. Everyone froze. Without a word, Denisa got up and leaned her head against the fence. We all went up to her to see if she was ok, but she waved us off. Then she turned around, wiped some tears out of her eyes, and resumed play. I was like, "Damn! Is this kid built to hoop or what?"

She'd be about thirteen now. I wonder if she's currently ripping up the eastern bloc middle school leagues, and whether I'll spot her in the WNBA in a few years.