Strategy: What should I do when my team is misusing its talent? 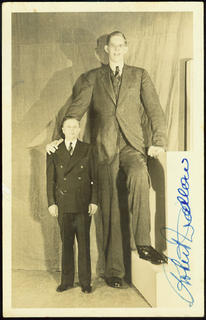 Tonight, I had a good 4 on 4 full court run. The only problem was that my team lost back to back games by close margins because, in my humble opinion, we weren't using our assets appropriately. We had two big tall guys who tried to play guard all game. One of these was the most talented player on the team, but it didn't do us much good. Meanwhile, the short guy, an excellent ball handler who could have easily played point, was at forward. All game our big guys shot jumpers with nobody underneath to rebound, plodded up the court--killing our transition opportunities, or penetrated (which was fine with me, if they would also distribute a little). First, I asked the short guy if he could take over the point. He agreed, but didn't actually do it. Then I tried to take point myself. Unfortunately, the big tall guys (who may have been friends) wouldn't give it up. They wouldn't throw me the ball on the inbounds or the outlet (and as they were the tallest, they got most of our team's rebounds). I finally gestured to the self-appointed point guard to give me the ball at the top of the key, but he wouldn't. "Aren't you a forward?" I said. He just smiled and kept doing what he was doing. We lost another game. I see this all the time, we have plenty of talent, but misuse it. And typically, I have trouble convincing people to listen to me--I think because I'm not the most talented player on the court and my moves are a tad old school. Why do people insist on playing the wrong position for their team's needs? Why won't anybody listen to Old School? Maybe I should just let go. But I like to win.
Posted by Drew Halfmann at 10/05/2005

I was there - playing on the other team. Old School speaks the truth. The big man had appointed himself PG, but refused to actually distribute the ball. This is a big pain in the butt for aging hoopsters, but the issue is complex.

Last night, the big fella was caught in a pickle. He was the best player on Old School's team, but was also being guarded by the best player on our team. Our guy was AWESOME - he had played D1 ball back east, and actually threw down four dunks over two games, including one that he caught off a rebound and dunked back in two-handed (plus, he hit about 80% from three). Our guy was also a great defender, and the big dude on Old School's team was having a hard time getting anything going in the post. As a result, he reverted to playing point, where he could escape from the defensive gumbo that our man was cooking in the paint. If he could have exerted more control in the post, he would have come down and played F/C, but a combination of ego and unconscious adaptation turned him into a non-distributing PG.

I think that what often happens is that players gravitate towards roles that allow them to best showcase themselves. Unfortunately, these roles are not always the best for the team. A pick up game is often about five individuals, and not about a team of five. Each player has a set of personal motivations and interests, and these are commonly in conflict with the team principle.