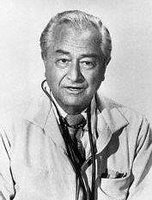 congrats on the news old school, hopefully i'll be joining you and dr. old man on the courts next week.

Wonderful news! And this post was great. It brought a tear to my eye.

Don't give up. Don't ever give up. Over the past four years I've played a lot more 28+ baseball, and I've been pitching for three years minus the ulnar collateral ligament (see: Tommy John) in my pitching elbow. Sure, I've got crazy lateral flexibility in that joint now, and it hurts for weeks after every outing, and when pulling a lawnmower across the lawn and it hangs on a stump or something my right arm seems to lengthen dramatically, but competition on the diamond or the hardwood is like crack and someone is going to have to drag me kicking and screaming from either before I stop wrecking my body. At least until next time something hurts so bad I want to cut it off.